We don’t need no education

Pink Floyd sang, “We don’t need no education!” Uh, the thing is we do – we need much better education and we need it yesterday!

I believe my time in formal education was at least three years too long because I was blind.

I have many fond memories of school. I felt secure but it was a world apart, a pocket, a strange little bubble of technology and expertise in educating children with sight loss, an insular bubble of low academic attainment but, to the over 100 students attending the school, the only bubble we knew and one of the only two places in Ireland that could teach kids who couldn’t see too well.

Then, one day in June 1995, the bubble burst, the gates opened and I was let loose on the outside world.

I left Jordanstown school for children who had sight or hearing loss, at the age of 17, with only six GCSEs and not much of a clue of how the real world worked or where I fitted in it.

I remember wondering why family and friends of a similar age were talking about their 10 or 11 GCSEs and the fact that, at 17 when I was finishing, everyone else was half way through their A Levels or already starting work. Long after my school years when it dawned on me just how low the level of academic expectation had been.

My sight was lost aged five, due to complications from congenital Glaucoma. Back then, in the early 1980s, a local, rural mainstream school simply couldn’t cope with a child who was blind or who had poor sight.

My remaining memories of P1 involve me sitting in the corner under a bright lamp, away from the rest of the class, tracing shapes in a book with a really thick crayon. During that year, I developed an eye infection and lost my sight – more or less overnight – in the Royal Victoria Hospital, Belfast.

I don’t recall the days, weeks and months after that. My next real memory is of my first day at Jordanstown School, what would’ve been my P2 year.  It was then that my education really began. I was five and a half.

I learnt to read and write using braille and the soundtrack to my school years is of five or six Perkins Braillers, in a class of eight or nine, clattering and thundering their way through the school curriculum hour after hour.

As I look back on it now, I might be critical of my level of education and the lack of academic achievement but it was still my school. Those were my school days and that’s my history.

It was there I learnt to read and write. I made life long friends. It was there I formed my first ill-informed opinions about the world, rebelled against my first perceived injustice and enjoyed my first cigarette and my first kiss. But, more than any of that, it was there I found my love of music and was allowed the time and encouragement to explore it.

I’ve spent a long time thinking about the rights and wrongs of educating children with a disability in a specialist education setting. Whilst I’m not an educationalist, I speak as someone who lived through it and more or less survived.

On the one hand you have a school specialising in teaching kids with a particular disability and surely, to give a child the best chance of succeeding and achieving and being a well adjusted adult, that makes a lot of sense.

On the other hand, allowing a child with sight loss to live and learn in their local mainstream school surrounded by family, friends and neighbours still feels like the right thing to do and where we should be putting our time and resources.

So, why can’t we make it work all the time, and for every child?  Somehow, educating a child with sight loss in a mainstream school still seems like a gamble to me. Yes, it might work in some cases and I’ve seen with my own eyes (pun intended) examples of this –  but it’s by no means a dead-cert. Plus, let’s be honest, kids can be cruel sometimes. Plenty still must be done to educate our young peple not to view difference as something to be feared and therefore attacked.

For 12 out of the first 17 years of my life, I boarded at my school from Sunday to Friday and so missed an awful lot of time at home.  I know it was particularly hard for my parents.  Amongst some now-buried emotional weirdness I’ve surely carried with me, I didn’t really make any friends at home as I was seldom there, except at weekends and holidays. I was the kid who would sit in his room and either listen to my talking books or just play guitar.

It has left me with the unshakable belief that bording schools can never be a good thing. That is just my opinion and I’m not judging families that still have to do it. It did affect me and it was only in later life, that I would learn just how much.

My love/hate relationship with specialist education didn’t stop when I left Jordanstown School in 1995. From there I went to the Royal National College for the Blind (RNC College) in Hereford.

It was my final year at school and we had chosen our individual paths to the future. I was set to go on to do A Levels. One spring morning a tutor from the RNC and I spoke over the phone and they simply asked what actually did I want to do. I said, “Play music, record music…. Just music.” It just so happened that they ran a BTEC course in Music Production and that was that, I knew where I was headed – Hereford, in England, to play with mixing desks, microphones and more bubbles.

I spent three years there doing a course that really should’ve taken two. Again, I loved every minute of it and even managed to do some work. Don’t ask me how, or why, but back then local Education and Library Boards paid for your time in one of the six specialist further/higher education colleges, all of which were based in England. Everything was paid for, including travel, food and board.

After the RNC I left for Leeds Metropolitan University and then on to Leeds College of Music, where I spent another three years doing something that should’ve only taken two, and I’d formed the opinion that we, visually impaired school leavers, had been treated a bit like mushrooms – kept in the dark and fed s**t.

Like so many others before and after me, I was told about Disability Student services in every college or uni and the money available to purchase equipment to level the playing field. But, in my experience, equipment arrived after months of endless meetings, form filling, and everyone practicing their best sincerity, before not really tackling the problem. The same old attitudes, inflexibility and genuine ignorance that were the real barriers.

One stand out incident is this: in my first year of a degree course at Leeds Met a tutor, exasperated at how he wasn’t able to translate the course material into an accessible format for me, simply gave me a pass in a module so I would pass the year.

I’m not proud of that but it proved a point to me. I never finished that course, preferring instead to transfer to Leeds College of Music which was an altogether better experience.  The college was much smaller, everyone under one roof, and by then I’d grown a bit wiser and knew what to ask for and, more importantly, who to ask.

To my untrained eye – even now – education of children and young people with sight loss is patchy, inconsistent and, for the most part, still an experiment.

Is it mainstream? Is it specialist? Is it a mainstream specialist mix?  In my opinion no one seems to know for sure but the emerging young adults, their families and of course the teachers can all testify to the real lived experience and not some hypothetical theory or lofty hope by the great and good in educational provision.

Whilst we’re grinding axes, our collective common sense, personal testimony and years of gathered evidence is still thwarted by a civil service with yet another insufficient budget for a big old list of priorities that, to me, has reform of specialist education written in crayon at the bottom.

I think if I had to summarise what I think it would be something like: a system that doesn’t really work, propelled ever forward by people who really do!

Pink Floyd also sang, “All in all it’s just another brick in the wall.”

Our expectations and our future outlook are absolutely shaped by those early years.  If we want our adults of tomorrow to be well adjusted, outward looking, go-getters then surely by now we should have realised the benefits of inclusive education. Every time a child is treated differently or forced to take a separate path or is told, “No you can’t,” because of their disability, another brick is added to that wall and when they grow up, climbing back over that wall can be tricky, sometimes impossible.

You don’t get a second crack at school.  Yes, you can go back to education in later life, I myself know the feeling of snatching an hour here and there to do some assignment after the kids are in bed.  School is so much more than academic achievement.  It’s where a little person learns to be a big person and to stop chasing bubbles. 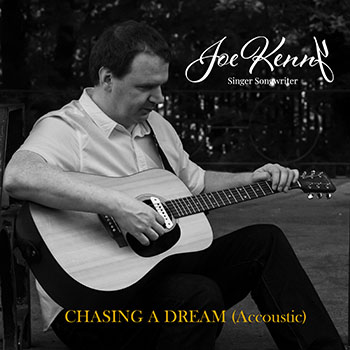